Warning: "continue" targeting switch is equivalent to "break". Did you mean to use "continue 2"? in /home/www/mightypeacedistrict.com/wp-includes/pomo/plural-forms.php on line 210
 History – Northland Lodge #147
Skip to content

A HISTORY ABOUT NORTHLAND LODGE #147

Spirit River Lodge #116 was constituted June 10, 1921, and included masons from the hamlet of Waterhole and district. It was estimated that about twenty masons resided in Waterhole in 1925 and all but two were affiliated with Spirit River Lodge #116. Ferry, ice-bridge, freeze up, and break up created vagaries in crossing the river making attendance at meetings in Spirit River for the Waterhole brethren uncertain. Consequently, the Waterhole brethren decided to form a Lodge located in the Hamlet of Waterhole; and Spirit River Lodge gave its blessing. An organization meeting was held in the municipal office January 31, 1926; and Northland Lodge U.D. was instituted July 30, 1926 then constituted as Northland Lodge #147 A.F. & A.M., G.R.A. June 29, 1927.

Once constituted, Northland Lodge #147 went immediately to work. The first candidates to be initiated were Brethren J.D. Forgie, C.D. Algar, C.H. Day and B.E. Geyer. Then December 13th, Brethren A.L. McKay and J.H. Boyd were initiated in a ceremony conducted by R.W. Bro. F.H. Sutherland of Peace River Lodge #89, the D.D.G.M. of District #13 for 1927-28. Brethren Day, Forgie and Boyd later sat in the East for Northland Lodge #147. 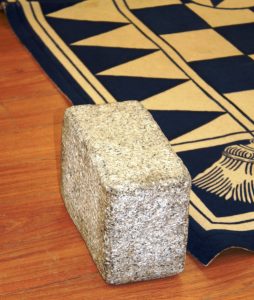 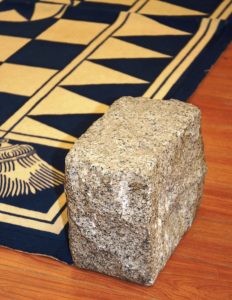 For the approximate cost of $653, Bro. Boyd furnished the Lodge with its equipment and furniture. The notable immovable jewels are the ashlars. They are made from Bedford Stone donated by W. Bro. L.A. Shearer; cut and formed by the local operative stone mason, Vern Kern.

​​​​​​​​​​​Northland Lodge has had many homes during its existence. The founding members reached an agreement with the owners of the Home Hotel in Waterhole to rent a room at $10/month. But in 1928, the railroad extended west from Whitelaw through the Beaver Indian Reserve across a stubble field where the Hamlet of Fairview was established. The community of Waterhole, five miles to the south, was packed onto skids and wagons and relocated to the railroad site. In consequence, Northland Lodge #147 received dispensation from the Grand Lodge of Alberta to relocate from Waterhole to the new Hamlet of Fairview.

A meeting room was rented in the Odd Fellows Hall at $5/month, but only one meeting was held in this location, December, 1928. The hall, the Levesque Store and the McCauley Pool Hall were destroyed by fire shortly after this meeting. Meetings were held in the rebuilt I.O.O.F. Hall until 1931, when a room was leased from Angus Morrison. In 1932, the Lodge moved again; this time to the upper floor of the Henstock Store at a rent of $20/month. There the Lodge remained until 1955. 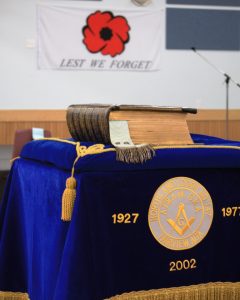 The Lodge had purchased land near the location of the current mini-mart. Plans were drafted from which a lodge hall was to be constructed. The idea was abandoned due to a lack of interest and the lack of necessity. Northland Lodge is currently the only Lodge in the Mighty Peace District without the head-ache of owning real estate.

Northland Lodge and Peace River Lodge have held joint installations on an annual rotation since June, 1948. Prior to this, Northland held joint installations with Spirit River Lodge and Sexsmith Lodge; with one such joint meeting being held in Fairview’s Gem Theatre, June, 1940. For the 75th anniversary of Northland Lodge June 29, 2002, a District Wide Joint Installation of Officers was held in the old Fairview Legion Hall conducted by the Grand Master of Alberta,
​M.W. Bro. Terry Drolet. 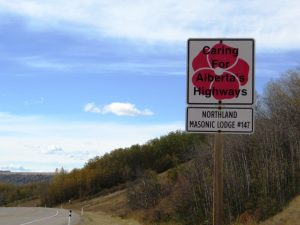 While Northland Lodge #147 has continued as an active and vibrant Lodge, its sponsor lodge has not. December 11, 1990, Spirit River Lodge #116 amalgamated with its daughter lodge, Northland Lodge #147, under the name of Northland Lodge #147 with the meetings to be held in the Fairview Legion Hall. Northland gained many good Masons through the amalgamation. However, a bitter-sweet event for the District with the loss of a third Lodge. The Lodge participates in the Alberta roadside clean-up by cleaning both the South and North sides of the Dunvegan Bridge; as a symbol of the amalgamation of two Lodges from both sides of the Peace River.